Coffee vs. tea: which is better?

The debate about the benefits of coffee and tea and which is better has been around for a long time. However, both are top beverages that people across the globe consume every day. And the ranking of which drink is more popular hovers between 2nd and 3rd, often switching, according to various sources. Unsurprisingly, water is the number one most consumed drink.

To appreciate the comparison between tea and coffee, it’s worth looking at both benefits, including caffeine content, antioxidant levels, and their effects on consumers’ energy levels and overall health. Let’s delve into this Pacific Prime Singapore article and help you decide which is better for you.

Before we go into the finer details of tea and coffee, here are a few interesting statistics from around the globe and in Singapore:

Note: The above statistics are subject to change over time and are for reference only.

Caffeine is present in tea and coffee, and the natural stimulant’s content can vary depending on brewing time, serving size, and preparation method. According to Healthline, tea leaves contain 3.5% caffeine, while coffee beans have 1.1 – 2.2%. A BBC good food article mentions that an average cup of black tea (with milk) contains around 47 milligrams (mg) of caffeine. In contrast, an average 8-ounce (237 ml) cup of coffee contains 95 mg of caffeine. However, if you grind your coffee, you usually use more coffee beans than you would use tea leaves for a drink, which means the levels can be higher per cup (237 ml). The caffeine content also varies according to the different varieties of tea and coffee.

Tea leaves have been around for over 5,000 years, and records point to their first use in China. Over the millennia, many varieties have been discovered and bred for their range of flavors and potent health benefits. And did you know that black, green, and white teas are prepared from the same plant, Camellia sinensis? What differentiates them is the season they are harvested and the level of oxidation in the leaves.

“Oxidation is a process through which tea leaves are exposed to the air to dry and darken.” – Artfultea

A regular cup (237 ml) of black tea has roughly 47 mg of caffeine but can contain as much as 90 mg. While green teas contain 20-45 mg of caffeine and white teas provide 6 – 60 mg per cup, according to studies from the National Library of Medicine.

The caffeine content in tea is heavily determined by the preparation process. A rule of thumb is that teas that steep (soaked in a liquid) for longer and in hotter water tend to yield a more potent cup of tea, thus a higher level of caffeine per cup.

In comparison, a cup of Stash Green tea has 16 mg of caffeine after 1 minute of steeping under the same conditions mentioned above. After 3 minutes of steeping, the level of caffeine rises to 36 mg, which is more than double.

As mentioned, a typical cup of coffee contains 95 mg of caffeine, but different varieties may see that figure change. For instance, a single shot of espresso from Starbucks has roughly 58 mg of caffeine, while a double espresso has about 150 mg of caffeine. Coffee varieties and their level of caffeine per shot are shown below:

The caffeine levels in coffee will also change depending on how the drink is brewed. The most common ways of brewing coffee (from most caffeine extracted to least) are:

Antioxidants in tea and coffee

“Drinking two to three cups a day of most types of coffee may protect you from cardiovascular disease and an early death, a new study found.” – CNN

Those who drink tea and/or coffee will be pleased to know that the beverages are loaded with antioxidants, primarily polyphenols, that contribute to the overall flavor and health-promoting properties. Antioxidants are natural substances that, at a molecular level, prevent or slow damage to cells by free radicals. Consuming fruits and vegetables high in antioxidants can also help maintain the body’s natural ability to repair itself.

Note: More research is needed; however current studies show this to be the case.

The effects on energy levels for coffee and tea drinkers

Although coffee and tea have high levels of antioxidants (since they are plant-based), the effects on drinkers differ. Caffeine levels in coffee elevate a drinker’s energy levels as it increases alertness and lowers fatigue by increasing dopamine levels and blocking adenosine. Drinker’s heart rate increases due to dopamine, a chemical messenger in the body. Hence, people drink coffee in the morning for an immediate energy boost.

Although tea has caffeine which can increase your energy levels, its antioxidants, like L-theanine, give drinkers a relaxed feeling and a calmer mental state. Drinking tea before bed can also help the body relax to achieve deep sleep.

So which one is better?

All in all, coffee and tea have many benefits; hence they are both loved by drinkers around the globe. However, both should be consumed in moderation. Coffee and tea are stimulants, and studies have shown that coffee has been associated with multiple health problems like heart failure, increased heart rate, and more.

Drinking more than the recommended daily amount of caffeine, roughly 400 mg, can cause anxiety or affect your sleep. However, the effects are different for all drinkers, so it is important to monitor the effects and know how much you can drink to avoid potential health problems.

What’s the bottom line for coffee and tea drinkers

The debate about which beverage is better will continue as we learn more about the benefits but also the harmful impacts of both tea and coffee. We are all different, and our preference will lean towards one than the other or switch between the two.

The main thing to know is that both drinks are meant to be enjoyed at healthy levels, and if you have health concerns, you should consult a medical professional. At Pacific Prime Singapore, we believe that prevention is better than cure. When it comes to your health, nothing guarantees access to medical care and treatment than private individual medical insurance.

Get a health insurance plan with Pacific Prime Singapore

As a leading global health insurance broker, we help clients compare a range of health plans, such as international health insurance and expat health insurance from reputable insurance partners in Singapore, as well as offer clients, access to a number of value-added services, such as form-filling assistance, claims and renewal support, insurer liaison, and negotiation, and so much more.

Contact our team of experts for a FREE plan comparison today!

A complete guide to driving into Malaysia from Singapore, including road safety and driving etiquett...
Everything you need to know about traveling from Singapore to Malaysia in 2022 - Updated
Public vs. private: what to expect from a Singapore hospital ward 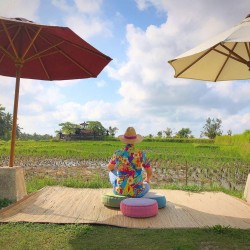 Jimmy
Content Creator at Pacific Prime Singapore
Jimmy is a content writer who helps simplify insurance for readers interested in international private medical insurance. He is on a mission in Thailand to support locals, expatriates, and businesses by bring the latest news and updates to his Pacific Prime blog articles.

His expert view and wealth of knowledge on insurance can also be found in his blogs for China, Dubai, Hong Kong, and Singapore.

Latest posts by Jimmy (see all)

Jimmy is a content writer who helps simplify insurance for readers interested in international private medical insurance. He is on a mission in Thailand to support locals, expatriates, and businesses by bring the latest news and updates to his Pacific Prime blog articles.

His expert view and wealth of knowledge on insurance can also be found in his blogs for China, Dubai, Hong Kong, and Singapore.