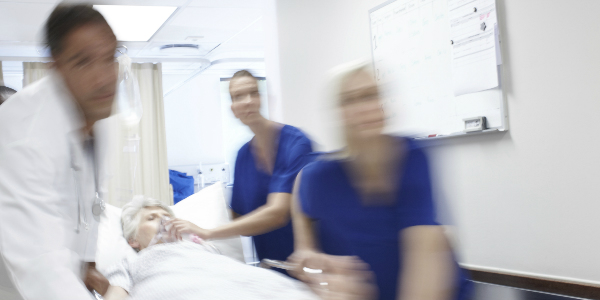 Organ transplants and organ donation in Singapore have been an important and ongoing topic for decades now. If someone you know and love is in need of a kidney, or part of your liver, no doubt it wouldn’t take too much coercion for you to get tested and see if you can help the person out; Not only to avoid hours upon hours of hardship on a daily basis as a result of dialysis treatment, but possibly to save a life. What if a total stranger needed a kidney, though? Would you be as generous then? Here, we’ll look at how Singapore has been addressing the issue of organ donation. We’ll also examine how the costs of organ transplants can be handled on both the recipient and donor ends of the transaction.

Many years ago, when it came to organ donation in Singapore, the country had an opt-in system similar to that seen in many countries around the world, that required each individual to declare that their organs were eligible to be harvested for transplant should they die. However, the resulting dearth of donors forced the city-state to take action. In 1987 Singapore enacted a ‘presumed consent law for organ donation’, meaning that the previous system had been flipped on its head. Now, individuals would be presumed to consent with donating their heart, kidneys, liver and/or corneas if they are deemed to be brain dead. People can opt out of the system, but short of that, every citizen and permanent resident of Singapore is considered to be an organ donor.

In one fell swoop, this law took Singapore’s population from being 2-3% organ donors to now having a country with less than 3% of the potential HOTA population opting out. Even so, recent reports continue to remark upon the lack of available donor organs and the urgency needed in increasing the supply. One might wonder where the bottleneck is in this case, but it’s not where you might think. Although it may be thought that awareness of the issue is the culprit, but organizations like the National Kidney Foundation (NKF) have done a great job of aggressively getting out their message, recently utilizing marketing campaigns that focus on real world donors and recipients to try and eliminate fears surrounding organ donation in the public.

Although there really are plenty of organs that could be collected for those in need, many organs simply are not taken as a result of doctors not ensuring that they are. In many instances, once a patient has been declared brain dead, the doctors simply pull the plug rather than begin the proper procedures to try to match their organs to an appropriate recipient.

So how many transplants are happening in Singapore? While numbers of dead donors have fluctuated between 2006 and 2015, numbers of living donors have steadily risen during the same time frame.

“Who foots the bill for these procedures?” you may ask. Well, it largely depends on which side of an organ donation you are on that decides that.

For recipients, you really will want to make sure that you have comprehensive health insurance in place to cover the costs of surgery and treatment related to an organ transplant.  At Pacific Prime Singapore, we do sell plans from international insurers that include coverage for organ transplantation, so rest assured that these types of health insurance policies do exist.  These international individual health insurance plans will not only cover the recipient in full, but they can also travel outside of Singapore for the surgery if they so choose. This will be especially important to expats that are relatively new to Singapore, as they will not have access to the city’s public healthcare system. As these individuals will have to be treated at Singapore’s private healthcare facilities, costs should be expected to be higher for them.

As far as donors, there are no private medical insurance plans out there that will cover voluntary surgery, even if you are trying to save the life of someone you know and love. Fortunately, there are resources available for donors to help defer the costs of organ donation.  First, it is not unheard of for the recipient to make arrangements to cover medical costs for the donor if they have the means. Short of this, though, kidney donors, in particular, can take advantage of programs in Singapore that have been set up by the NKF. They have established a fund that will provide up to S$200,000 to donors for post-transplant medical costs, including health checks, insurance premium reimbursements and loss of income. Additionally, the NKF has created a $10 million “Kidney Live Donor Support Fund” to aid needy live kidney donors, however, it is only available to Singapore citizens and permanent residents, thus once again leaving new expats to Singapore out in the cold. Finally, the NKF also has a group living insurance policy, insured by NTUC income, that donors may be able to avail themselves of.

If you are concerned about this issue and want to make sure that you have medical insurance that includes benefits for organ transplants, contact Pacific Prime Singapore today.  Our helpful insurance advisors can answer all of your questions, as well as provide you with free plan comparisons and price quotations.

Lightning in Singapore: A lesson on why you need home insurance
New COVID Restrictions in Singapore: What You Should Know
4 physical problems from sitting too much (and solutions)