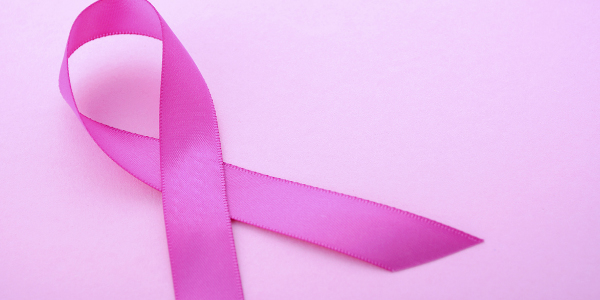 It’s hard to believe that October is already here. For many expats in Singapore this means that it is time to start considering what to do for the holiday break, but October is an important month for many, especially breast cancer survivors, as this month is breast cancer awareness month. In past years there have been a number of initiatives launched around this month and, indeed, throughout the year to increase awareness in Singapore. These initiatives have indeed been a great way to spread awareness, however, it appears that there is still a long way to go. For example, this recent article on Channel News Asia reported that only around 39% of women between 50 and 69 years-old have been receiving their recommended once-every-two-years mammogram.

While there are many reasons as to why this important test is not being done, we have had clients contacting us, slightly confused around breast cancer and whether their health insurance will cover tests and treatment.

Before looking into health insurance and breast cancer, we feel that it is important to first discuss breast cancer in Singapore. As you may or may not know, this is the single most common type of cancer among women in the city. According to a report released in March 2016 by Singapore’s Health Promotion Board, it was found that between the years of 2010 and 2014 breast cancer made up 29.2% of all cancer cases among women, considerably higher than the second most common type of cancer: Colorectal which made up 13.3% of cancer among women. The report went on to note that, based on the findings, women in Singapore have a 1 in 15 chance of developing breast cancer before the age of 75.

A press release on Singapore’s 2015 breast cancer awareness initiative corroborated the above figures, reporting that “Breast cancer is currently the most common cancer among Singaporean women, with over 9,200 women being diagnosed with breast cancer between 2010 and 2014.”

When it comes to the fight against breast cancer in the city, there appears to be both good and bad news. The bad news is that the report by the Health Promotion Board (linked above) found that the incidence rate of this type of cancer is, in fact, increasing among all age groups. For example, in the period of 2005-2009 there were 7,484 recorded cases of breast cancer. From 2010-2014 there were 9,274 recorded cases.

The good news is that it appears that the number of cases caught in the early stages of cancer e.g., Stage I and II, is also increasing. This indicates that more women are catching it earlier, and when breast cancer is caught early the survival rate is quite high. The Health Promotion Board report found that the 5-year Age-standardised Observed Survival rate for women with stage I breast cancer in Singapore is just over 90%, among the highest of almost all forms of cancer.

Who is at risk?

Many health experts believe that, while there is an increase in the number of cases, breast cancer is being caught earlier, which can largely be attributed to increased awareness. One of the most important things to know when it comes to breast cancer is the risk factors associated with it.

At a high level, all women can potentially develop breast cancer and the chances of developing it increase with age. When it comes to age, the report discussed above found that a majority (over 80%) of women diagnosed with this type of cancer are between the ages of 45 and 69. However, there is a noted sharp increase in diagnoses in women aged 30-39. Because of this, it is recommended by the government’s health division that women over the age of 30 conduct a monthly self-exam, and women over the age of 40 discuss with their doctor about potentially having a yearly mammogram done. This is especially important if you fall into the other known risk factors associated with greater chances of developing cancer which include:

To learn more about the risks and tests you can do to detect breast cancer, we recommend checking out the National Cancer Center Singapore website.

How much will treatment cost?

Like many other forms of cancer, the costs related to treatment will often be quite high, especially if you need more treatment than usual. Before looking at treatment costs, however, it would be beneficial to cover the costs of screening tests like mammograms.

For residents and citizens of Singapore, you can use your or a family member’s Medisave account to offset or cover the cost of a mammogram up to a maximum of SGD 400 per year. When it comes to treatment, you can also use your Medisave account which covers:

Unfortunately, expats and non-permanent residents in Singapore do not have access to a Medisave plan, which means that you will be paying out of pocket (or with your health insurance, more on that below). According to the Breast Cancer Foundation of Singapore, the average cost of a mammogram will be around SGD 80 to SGD 200. Bear in mind here that you will usually be required to first see a GP in order to get a referral before being able to schedule an appointment for a mammogram, so be sure to factor in this cost as well.

Treatment for expats will likely need to be conducted at private hospitals, which can be costly. For example, the Mount Elizabeth hospital states that a single breast lump removal will cost around SGD 5,400. The Gleneagles hospital states that the cost will be between SGD 4,516 and SGD 6,568. Bear in mind that this is just the surgery fee, the cost of any necessary chemo or radiation therapy will also need to be considered. This cost will vary depending on the type of drugs you are given, how many sessions you will need, and how long it will take. For some forms of therapy, costs could be as much as SGD 1,000 per treatment. Again, this will depend on a large number of variables.

Is it covered by insurance?

The best news here is that all health insurance plans offered by Pacific Prime Singapore cover all costs related to treatment including chemo and radiation therapy, mastectomy, etc. One thing to be aware of is that, if you have had breast cancer in the past, then insurers will likely say this is a pre-existing condition which will not be covered.

That said, there are plans available that will cover cancer even if you have had it before. Some will attach a loading (higher premium) or other conditions like you may need to have the plan for at least a year before you can submit any claims related to breast cancer. Some insurers will even cover cancer completely if you have been clear of symptoms and cancer for at least five years.

Beyond that, insurers are increasingly starting to cover preventative treatments and scans, including mammograms. If you are looking to learn more about securing a quality health insurance plan, contact Pacific Prime Singapore today.

How to choose the best international school for your child in Singapore
Pacific Prime launches the Cost of International Health Insurance Report 2021-2022
Lightning in Singapore: A lesson on why you need home insurance