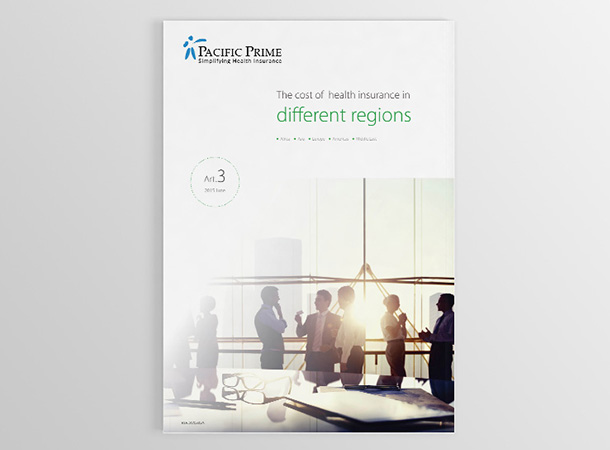 Get your FREE copy

Over the past three months Pacific Prime has released the first two parts of a three part report on the cost of individual international health insurance. Now, we have released the third and final part of the FREE report. Titled: The cost of health insurance in different regions this part takes the 94 countries included in the report and divides them by region so as to provide a useful comparison tool, which is essential for any expat or company considering moving to a new location where they will need to purchase new health insurance plans, including Singapore.

This article of the report has five regions:

For each plan level, the premiums offered by six insurance providers in countries in the region are displayed on an easy to read graph, allowing you to quickly compare the cost of health insurance.

For example, if you are currently based in Singapore but are looking to open a business in nearby Malaysia or Thailand and will be sending staff there to open the office, you will likely need to provide them with international health insurance. This article of the report allows you to easily compare premiums and gain an understanding of what you can expect to pay.

Comparing Singapore with the rest of Asia

Asia, in this part of the report, has 19 countries with Singapore being one of them. When comparing the premiums in Singapore with the other countries in Asia, it is clear to see that they are among the most expensive - often either just above or just below China. When looking at the report, there are some other interesting comparisons that can be made including:

When you download the third Article of the report you can learn about the cost of individual international health insurance in Singapore for your demographic and plan level of choice and easily compare it with others in the region. Other regions are also set up the same way, allowing you to easily compare both within and across different regions. As such, there is a large amount of information available, so to make it easier to digest we have included an analysis of each section and an overall analysis that looks at things like why there is a primary high cost outlier present in nearly every country, and the different levels of plans.

The third article of the report is available for FREE now from Pacific Prime’s Cost of Health Insurance report site. Download it today to learn more, and if you have any questions, our Singapore-based insurance experts are here to help.